This summer, there has been a fair amount of knitting progress! It is definitely a strange thing to proclaim, that during the hottest, sweatiest months of summer I managed to find some time to devote to wool. Yet that is the truth of it, and I am happy for it regardless of timing. I am certain that my days at Squam in June have had a lasting effect on my ability to continue on with the making, and now even with hectic days of school starting I’ve still managed to sustain some dedicated time for it. 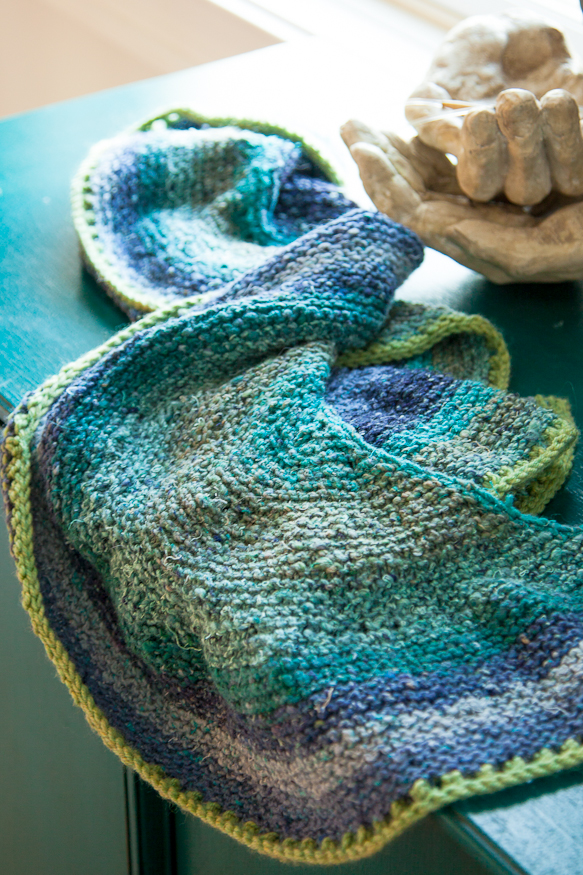 This is Rondelay, a shawl pattern by Jennifer Dassau the writer and designer of The Knitting Vortex blog. It was a lovely little knit. Although it was designed for sock yarn, I knit it up in worsted using two skeins of Souk by Cascade. I ran out of yarn with only the eyelet border to go, which is a scrap ball of what I believe is another bit of Cascade, if memory serves. 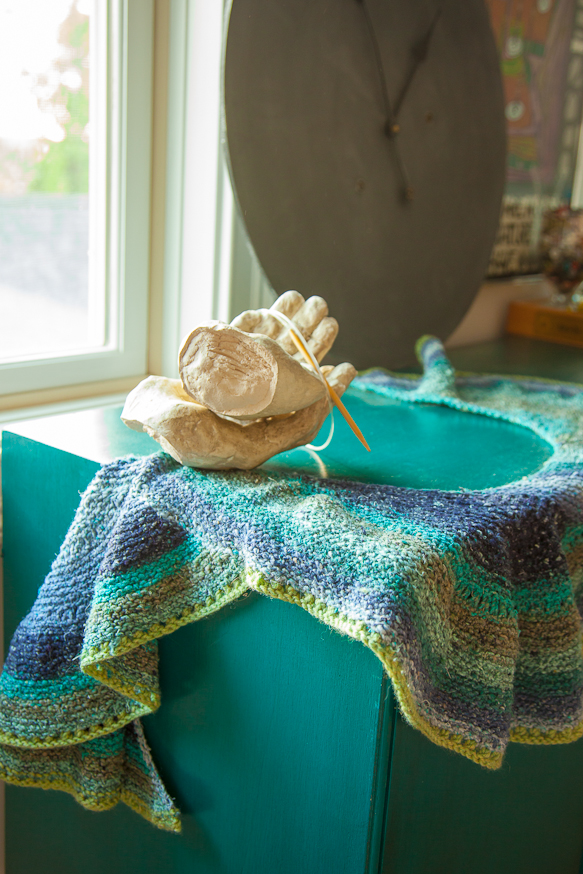 I actually started this one several times over while at Squam; we had a bit of a rough start, Rondelay and I. We had a disagreement about wording that led to a few days of frustration, and quite a high incident rate of ripping out and casting back on.That being said, it really isn’t a difficult pattern once you get the hang of it, but I did up having to write to Ms. Dassau to ask for clarification. She was incredibly gracious and helped clear up my confusion at one particular problematic spot, which happened early on (possibly row 8?) with my stitch counts once you begin picking up wrapped stitches. So should you find yourself in similar dire straights, I would say that you should knit up to and including the last wrapped stitch, then wrap and turn the next stitch.

This is my very first shawl, which might surprise you, and definitely surprises me! What, exactly, I’ve asked myself a few times in the past number of weeks, have I been waiting for? Knitting shawls is lovely. This was a smaller project that seems to fly off the needles; I didn’t have to knit it twice as one would with socks; it’s easy to transport; it doesn’t take a huge time commitment. Of course, mileage varies with different patterns, and I’m not quite up to the ninja master levels of concentration needed for a wedding ring shawl for instance—my children need to be a bit more older before I’ll be ready for that—but right after I finished this up, I threw a few more shawl patterns in my Ravelry queue! As a matter of fact, I’m finishing up a second shawl that traveled with me across the pond that I’ll write about later. 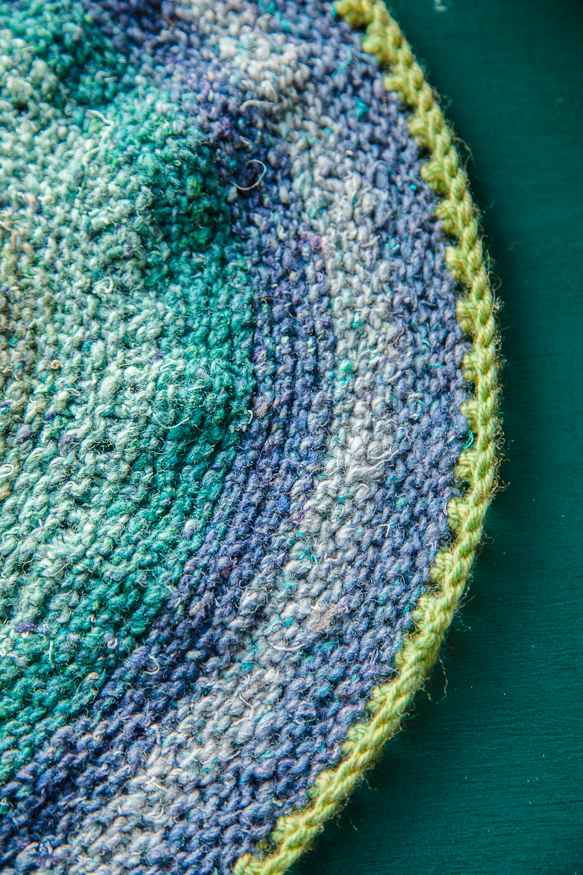 Rondelay is made up of three circles that are cleverly knit together using an interesting short row technique, and if you’re knitting with sock weight, it only requires one skein. The little circles are fascinating to watch as they grow, especially with the gradual color shift of the yarn. Ms. Dassau has made Rondelay available for purchase through Ravelry individually, or if you’re as fascinated by short row work as I am, she has created a little e-booklet of five short row shawls as well. 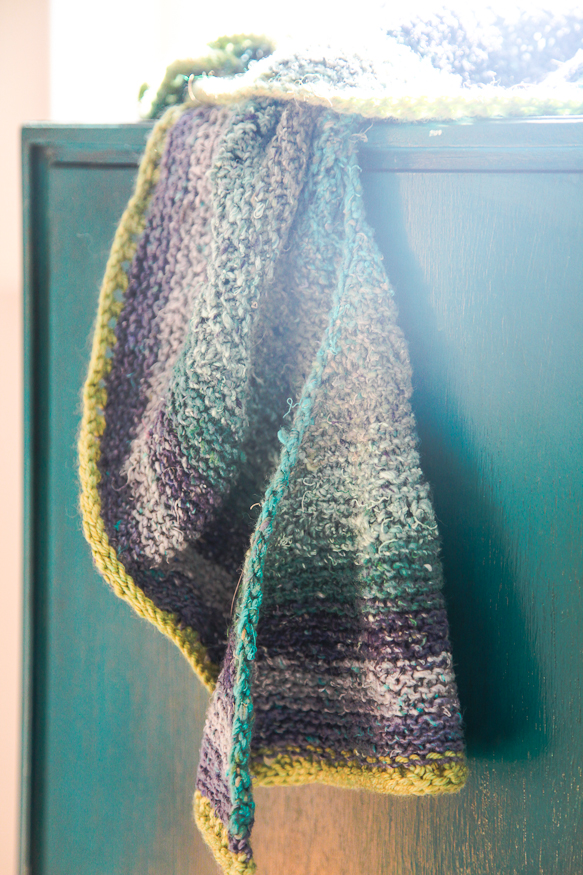 Due to the interesting construction it gets a little ruffle-y… or maybe twirly is a better word. It’s just sweet really. 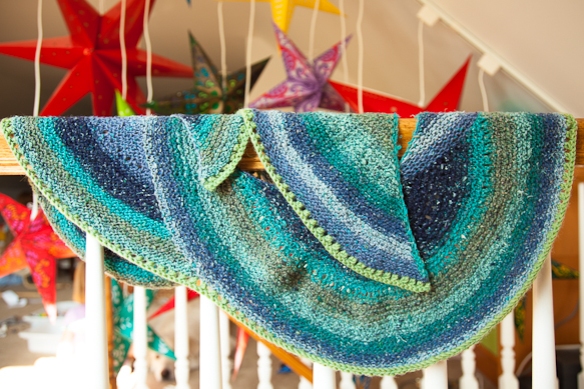 Looking forward to those cool, crisp Autumn mornings to give it a go and see how she’ll feel all snugged up. It can’t be that much longer, right? 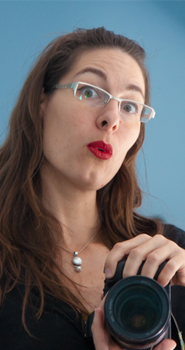