While our kids were being spoiled by the grandparents, my husband and I were walking around the streets of Paris. It was so nice to have the chance to celebrate such a momentous occasion—the tenth anniversary of our wedding—the way we began it ten years ago, just us two, and I’m grateful to my parents who were willing to lend a helping hand, granting us the freedom and peace of mind to travel so far away knowing our kids would be so well taken care of.

They were far from our reach, but not from our thoughts. I was surprised—then after some thought, maybe not so surprised after all—by how often we found ourselves talking about them, pointing out things they would find interesting, wondering what they were doing at that very moment, making plans to somehow shift our priorities and save some funds so we could travel as one whole big family circus. Traveling with four small kids however, is no small feat; we now exceed the maximum occupancy for one hotel room and it’s not as if Europe is known for their extra spacious rooms. Regardless of its difficulties, I’m pretty confident we can find a way to make it work.

It turns out—thanks to check baggage and luggage weight limits—it is also no small feat to bring home a little something for each of our four. We stopped in a number of shops, every single one of which I found something for at least one of my kids. All the museum shops were chock full of over-priced t-shirts and books, funny little oddities, and of course, tons of crap that would be tossed aside in less time than it took me to type this last sentence. Since I’m the one who gets to clean it all out and throw it in the trash, I needed to find something else to bring home.

In the end, I found a few pencil bags for all four, and at each of our stops, I picked up a little school supply related item. Pencils and erasers from the museums, a few markers from a small shop from my husband’s hometown in Germany, little notebooks and graph paper pads from a stationary store in Paris… I managed to cross off a bit of back-to-school shopping as well as fulfill a desire to offer them each some physical token of how often I thought of them. 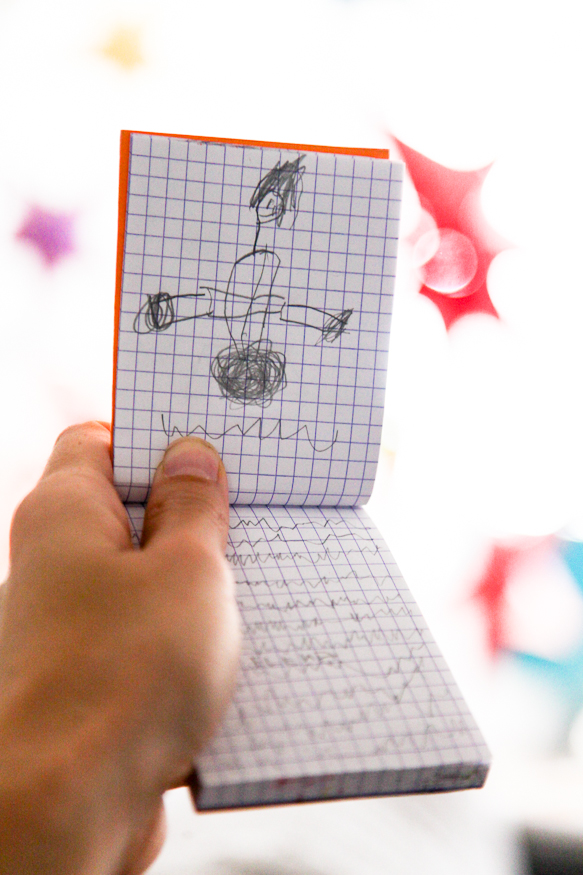 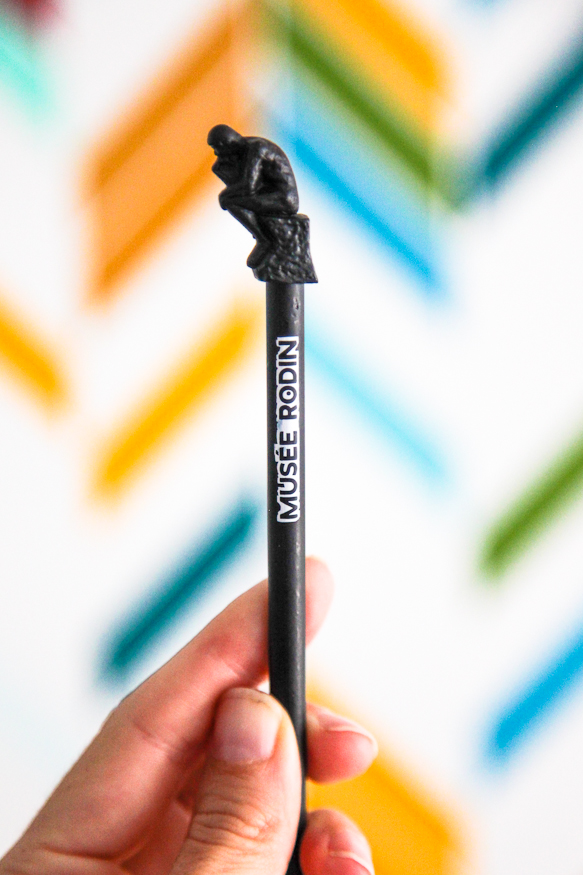 They have been much adored by the kids. And even though I paid a fortune for those doggone pencils from the Rodin Museum with “The Thinker” on the top—I put them back the first day we went there because they were so ridiculously expensive—I’m glad we went back the next day to get them… I suppose it’s reasonable to find a better excuse than “I really need those pencils” to get back to Paris next year.